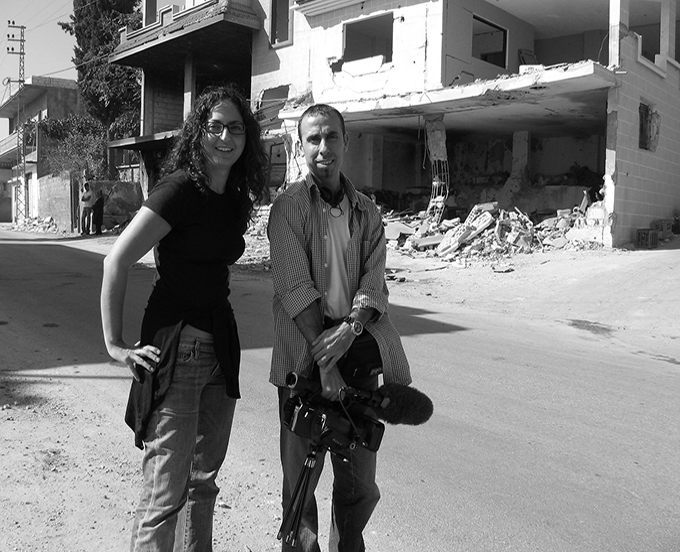 At the end of hostilities between Lebanon and Israel, which remained for 33 days, many Lebanese expatriates traveled to their native country to see what the war have had left.

Khaled Ramadan was trapped in Lebanon during the summer war 2006 while Lebanese video maker and theorist Lina Khatib was forced to follow the events on TV from her exile in the UK.

Ramadan and Khatib returned to Lebanon and traveled along the border to Israel, witnessing the destruction of war. Mapping the South discusses the question of existence ‐ on the map, on the ground and in our memory.