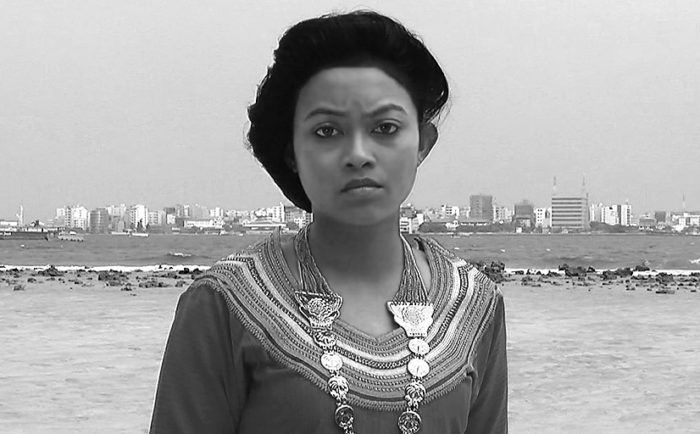 Captured during a trip in March 2013, the film notes the parodies captured between Western culture and its long tradition of romanticizing the imagery of the East. The Maldives today is wavering between the fiction of the West and the reality of the East, and the islanders are at the conjunction of Edward Said’s theoretical duality “West is Culture, East is Nature”. In 2007 Maldives became the first country to open an Embassy in Second Life, the online virtual world adding more confusion to the country’s fictional reality.

The journey to the Maldives is about the East coming into its own. In it, Khaled Ramadan meets the Maldivian community, the Dhivehi people, which means “the islanders”, not as an anthropologist, colonialist or journalist, but as a citizen of the Arab world who wants to learn about what’s left of the shared history and how this amphibious nation is treating its contemporary culture in relation to its ecological strengths and weaknesses.