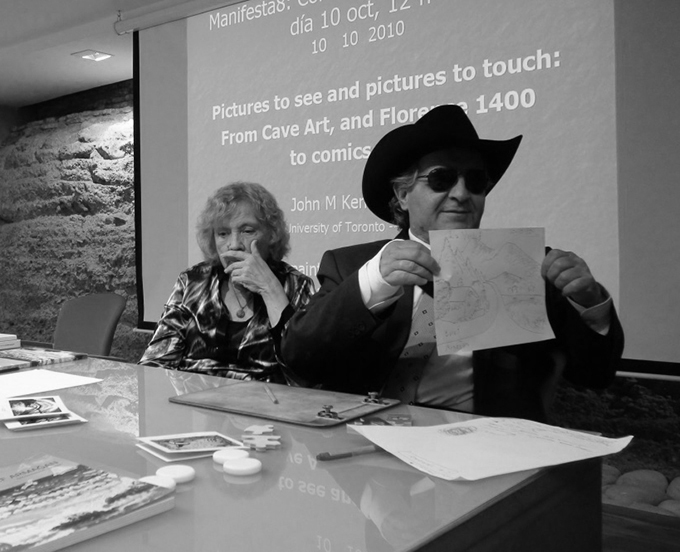 The Turkish painter Eşref Armağan was born blind and has never been able to see. He taught himself to draw and paint at the age of 6 after wondering if he could paint the things he was feeling with his hands in a way others would understand.

With his unique ability to make 3D drawing and color paintings despite his visual disablity, Eşref Armağan has changed our understanding of visuality and hence the world.

The documentary follows Eşref Armağan as he is invited to take part in one of Europe’s most important cultural events, the Manifesta in Spain 2010, in a meeting between art, culture and modern science.

We thought pictures have to do with the eye, but now it seems it has to do with perception, which can either be experienced through the eye or through touch.

To Eşref Armağan, his ‘eyes’ are his hands.