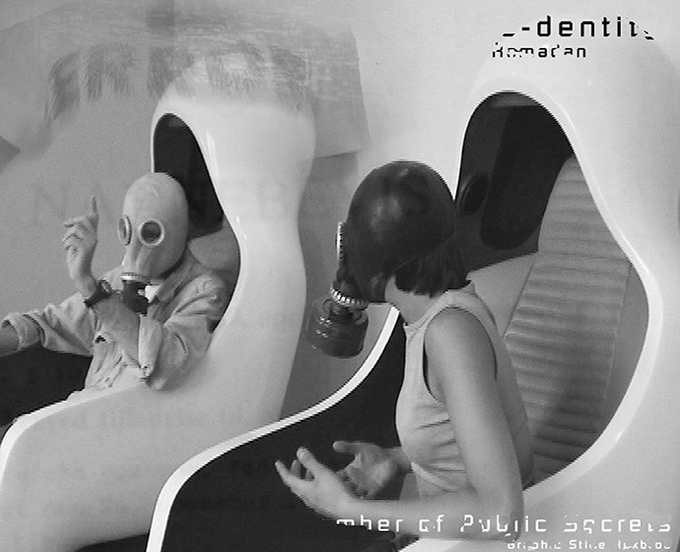 Visual exploration into the Tinderbox by Danish novelist Hans Christian Andersen, accompanied by a variety of linguistic accents and soundtracks.

D-Rama-Dan is a socially based linguistic drama negotiating matters like gender, class struggle and prejudices through the use of contemporary media.

The narrator in the video is UWF or Unidentified White Female from the South Bronx who moved to Denmark recently. The South Bronx district is known for its large African-American population speaking with a special accent. Regardless of the usual racial divisions, UWF shares more values, emotions and experiences with her friends and neighbors in the hood than with people of her ´own kind´. She does not speak with a South Bronx accent. Rather, it is the voice of an ordinary American who has felt alienated since childhood.

D-Rama-Dan contains several layers of footage messages, such as High Alert, A H, Parker and HCA-I. It also illustrates and maneuvers between political, analytical and aesthetical visual representations. These practices are illustrated by introducing two different but indistinguishable black dogs, a nightguard on shift, and a universal non-language.

Within the contemporary trans-national, geopolitical and socio-cultural climate, the imaginary D-Rama-Dan video commits itself to relocate the vocabularies of visual dialogue by questioning their power.